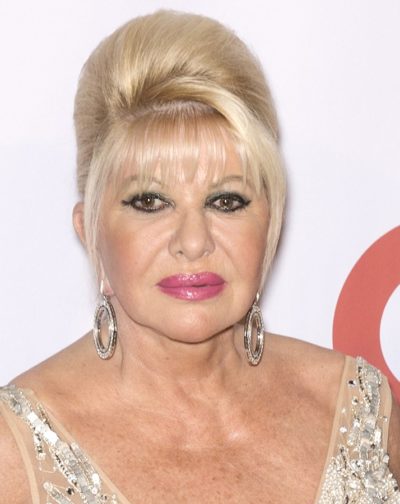 Trump in 2016, photo by excelentphoto/Bigstock.com

Ivana Trump was a Czech and American businessperson, media personality, socialite, fashion designer, author, and model. She was the first wife of American businessperson and television personality Donald Trump, who became the 45th President of the United States, after their marriage. Their children are Donald Trump, Jr., Ivanka Trump, and Eric Trump.

Ivana was the daughter of Marie (Francová) and František Milan/Milos Zelnicek. She moved to New York in the mid 1970s.

Ivana had said that her mother was Austrian. This does not appear to have been accurate.

Ivana’s paternal grandfather was Emanuel Zelnicek (the son of Jan Zelnicek and Teresia Hutařová). Jan was the son of Tomáš Zelníček and Anna Janoušková. Teresia was the daughter of Jan Hutař and Františka Zejda.