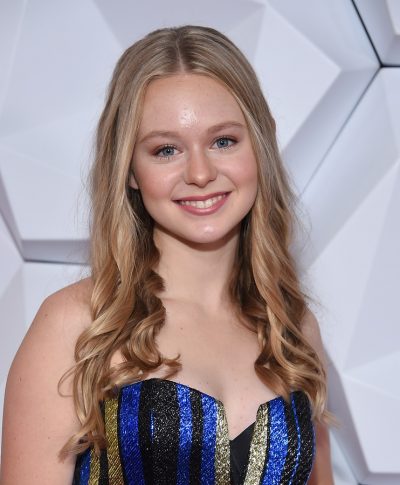 Crovetti in 2019, photo by DFree/www.bigstockphoto.com

She is the daughter of actress Denise Crovetti and producer and writer Bradley Cramp. Her siblings are actors Cameron Crovetti and Nicholas Crovetti, who are twins.

Isabella’s paternal grandfather was Davis Brett Cramp (the son of Grosvenor Brett Cramp and Helen Andrews). Grosvenor was the son of Samuel Cramp and Minnie Ellen Brett. Helen was the daughter of Joseph Cummins Andrews and Mary Lillian Schwarz.

Isabella’s maternal grandfather was Eugene D. Crovetti (the son of Aldo Crovetti and Veneranda Galassini). Eugene’s family was from Pievepelago, Modena, Emilia-Romagna. Aldo was born in Italy. Veneranda was the daughter of Italian parents, Giuseppe Galassini and Carmine/Carmen Crovetti.