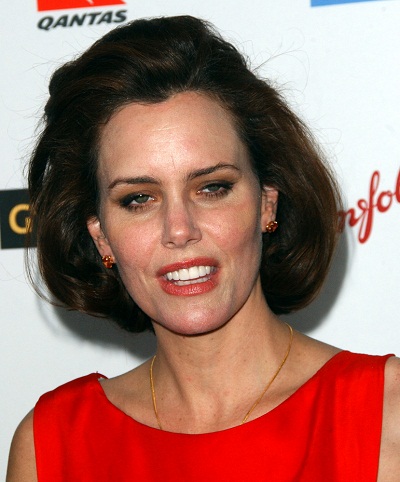 Ione Skye is a British and American actress, author, and painter. She is known for starring as Clarissa in the film River’s Edge (1986) and Diane Court in the film Say Anything (1989).

Ione was born in Hampstead, London, England. Her father, singer Donovan (born Donovan Philips Leitch), is Scottish, and also had Irish grandmothers. He is from a Protestant and Catholic background. Ione’s mother, model Enid Karl, who is American, is Jewish (from a Jewish family from Hungary and Galicia in Eastern Europe). Ione’s brother is actor, singer, and model Donovan Leitch.

Ione is married to Australian singer and actor Ben Lee. Ben is also of Jewish heritage. She has a daughter with her former partner, furniture designer David Netto; and a daughter with Ben. Ione grew up mostly in the U.S., in California and Connecticut.

Her middle name comes from the Isle of Skye, in Scotland.

Ione’s maternal grandfather was Benjamin “Bela” Stulberger (the son of Jerémiás/Jeremiah/Jerome Stahlberger/Stulberger and Ida Schwartz/Schvarcz or Weiss). Benjamin was born in New York, to Jewish emigrants from Hungary, from Székely, Szabolcs. Jerémiás was the son of Jakab/Jerichem Stahlberger and Rachel/Rozi Leah Goldstein. Ida was the daughter of Mózes Schwartz and Mari Gelberger.

Ione’s maternal grandmother was Tillie Berger (the daughter or Morris Berger and Sadie Racker). Tillie was born in New York, the daughter of Jewish emigrants from Galicia in Eastern Europe.