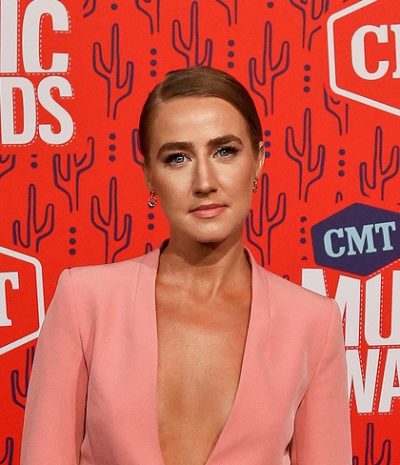 Andress in 2019, photo by Debby Wong/Bigstock.com

Ingrid Andress is an American country music singer. She was raised in Highlands Ranch, Colorado.

Ingrid’s paternal grandmother was Patricia Ellen Bancroft (the daughter of Richard R. Bancroft and Hannah “Anne” Urmson). Patricia was born in Ohio. Richard was born in Ohio, the son of Dell Morell Bancroft, who had deep roots in the U.S., and of Hannah “Anna” Mazey, whose own parents were Welsh. Ingrid’s great-grandmother Hannah was from Barton upon Irwell, Lancashire, England, and was the daughter of James Urmson and Anna Rigby.

Ingrid’s maternal grandfather was John Frederick Lundin (the son of Carl Eugene Lundin and Inet Elizabeth Holcombe). John was born in Windom, Minnesota. Carl was the son of Swedish emigrants, Carl/Charles Johan Julius Lundin/Ottosson, from Edshult, Jönköping, and Augusta Hall. Inet was the daughter of Frederick Edwin Holcombe and Hilma Elizabeth Erickson, who were born in Minnesota, both of them to Swedish parents.