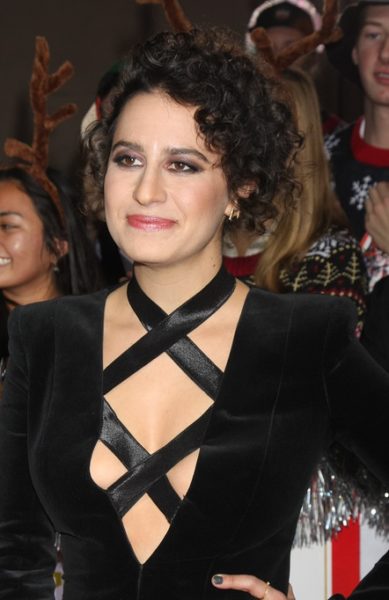 Glazer in 2015, photo by kathclick/Bigstock.com

Ilana Glazer is an American comedian, writer, and actress. She is known for co-creating, and co-starring in, the show Broad City, with Abbi Jacobson.

Ilana is the daughter of Sandi and Lawrence Glazer. She was raised in a Reform Jewish household, and had a Bat Mitzvah ceremony. Ilana is married to scientist David Rooklin.

Ilana’s paternal grandfather was Sam W. Glazer (the son of Barnet/Barnett Glazer and Esther Krane/Crane). Sam was born in New York, to a Russian-born father and a Polish-born mother.

Ilana’s paternal grandmother is named Harriet Gellis (the daughter of Hyman Gellis and Ida). Harriet was born in New York, to parents from Russia.

Genealogy of Ilana Glazer (focusing on her father’s side) – https://www.geni.com