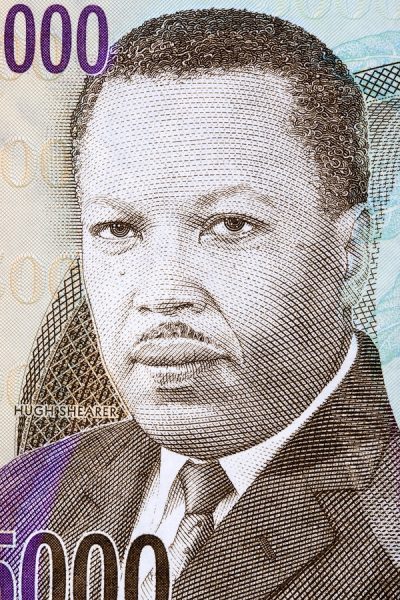 portrait of Hugh Shearer on Jamaican banknote, photo by johan10/Bigstock.com

Hugh was the son of Esther (Lindo) and James Shearer. He was married to Denise Eldemire, until his death. Her father, Herbert Eldemire, was Jamaica’s first Health Minister. Hugh had three children with his former wife Lunette Shearer.

Hugh’s mother’s surname, Lindo, is usually Sephardi Jewish. However, it is not clear if Hugh had Sephardi ancestry.