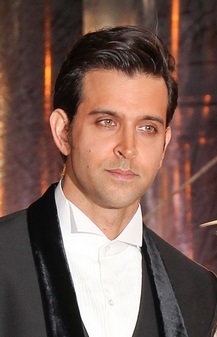 Roshan in 2012, photo by Prphotos.com

A picture of Hrithik’s family can be seen here.

Hrithik’s maternal grandfather is J. Om Prakash, a film producer and director, who was President of the Film Federation of India, for the year 1995-1996. J. Om was born in Sialkot, Punjab, British India.