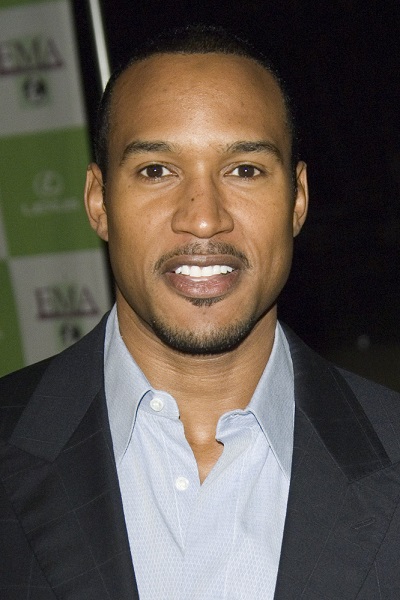 Simmons in 2006, photo by Prphotos.com

Henry Simmons is an American actor. His roles include the series NYPD Blue, Shark, and Agents of S.H.I.E.L.D., and the films Something New, Madea’s Family Reunion, No Good Deed (2014), and Synapse.

He is the son of Aurelia, a school teacher, and Henry Simmons, an IRS Revenue Officer. His parents are both black, as were all of his grandparents.

He is married to actress Sophina Brown.

Henry’s paternal grandfather was William McKinley Simmons (the son of James R. Garrett or Lawrence Davenport, and of Mary Eliza Simmons/Steely). William was born in North Carolina. James was the son of Elva Garrett. Mary was the daughter of Jane Simmons.

Henry’s paternal grandmother was Arnetta Berry (the daughter of Joseph Hall Berry and Angenora Pugh). Arnetta was born in North Carolina. Joseph was the son of The Rev. Zion Hall Berry and Mary Jane Baum. Angenora was the daughter of Smith M. Pugh and Anna/Annie Mariah Simmons. While various members of the Berry family have been attributed as having Native American ancestry, it is not clear if this Native American ancestry has been verified/documented in records.

Henry’s maternal grandfather was Mitchell Frizzell (the son of James Frizzell and Mary Herndon). Mitchell was born in Alabama. Mary was the daughter of Frank Herndon and Mariah Cannon.

Henry’s maternal grandmother was Sammie/Sammy Lee Simmons (the daughter of Henry S. Simmons and Lula Webb). Sammie was born in Alabama. Henry’s great-grandfather Henry was the son of Robert Simmons and Mary Sewell.

Sources: Article about the possible Native American origins of some of Henry’s ancestors – https://davidcecelski.com