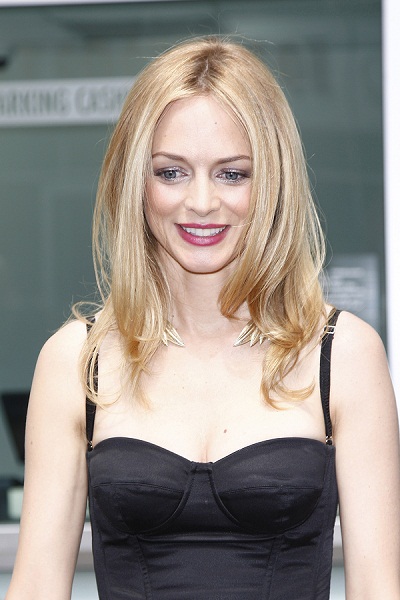 Graham in 2011, photo by Joe Seer/Bigstock.com

Heather Graham is an American actress. Her roles include Austin Powers: The Spy Who Shagged Me, Boogie Nights, Bowfinger, and The Hangover, among many others. Her sister is actress Aimee Graham.

She is of Irish descent through her father and maternal grandfather. Her maternal grandmother had English, Scottish, Welsh, and German ancestry.

Heather had a strict Catholic upbringing.

Heather’s maternal grandmother was Dorothy Norma Campbell (the daughter of William M. Campbell and Lillie Henrietta Smith). Dorothy was born in New Jersey. William was the son of Edwin Miller Campbell and Melacina Kiefer Hendricks. Lillie was the daughter of Jonathan William Smith and Eliza Jane Sapp. Through her maternal grandmother, Heather is descended from Thomas Wynne, a Welsh immigrant in the 1600s, who was one of the original settlers of Philadelphia, and from Francis Daniel Pastorius, a German immigrant, who was one of the founders of Germantown.

Sources: Heather mentions some of her ancestry – http://www.rte.ie