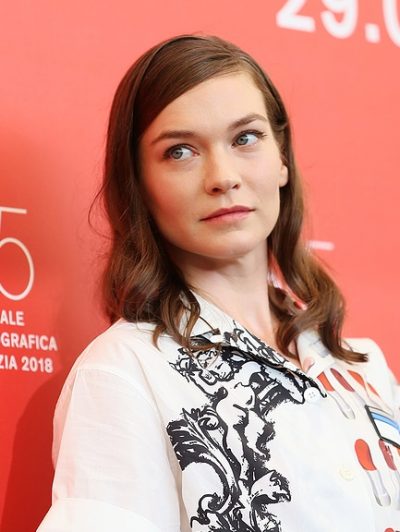 Gross in 2018, photo by Denis Makarenko/Bigstock.com

Hannah Gross is a Canadian actress.

She is the daughter of actress Martha Burns and actor, producer, director, singer, and writer Paul Gross.

Hannah’s paternal grandmother was Irene Dunne (the daughter of Michael Joseph “Mike” Dunne and Jean McAree). Michael was born in Ballyraggan, Kildare, Ireland, the son of Patrick Dunne and Annie/Anne Marie Murphy. Jean was born in Coatbridge, Lanark, Scotland, the daughter of an Irish father, Hugh McAree, and of a Scottish mother, Jessie Finlayson Sinclair.