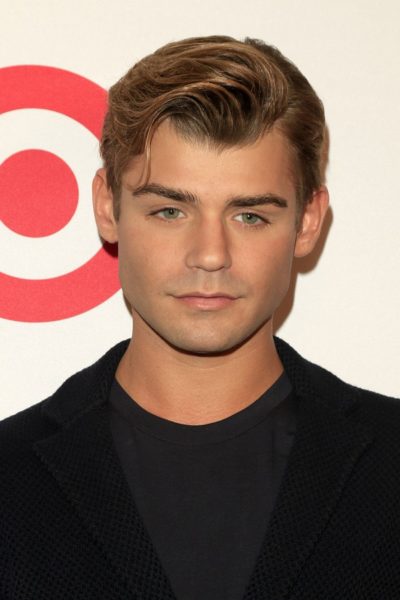 Clayton in 2016, photo by kathclick/Bigstock.com

Garrett Clayton is an American actor, singer, and dancer. He is known for his role in the Teen Beach Movie films.

He has said, “I eat Middle Eastern food all the time. I’m Lebanese.”

Garrett is married to Blake Knight.

Garrett’s maternal grandfather was Dennis Michael Thrasher (the son of Marwin “Abe” Thrasher and Eleanor J. Deneau). Dennis was born in Amherstburg, Essex, Ontario, Canada. Marwin was the son of Charles Devere Thrasher, who had English and Scottish ancestry, and of Irene Agnes Richard, who was of French-Canadian descent. Eleanor was French-Canadian, and was the daughter of Loftus Deneau and Pearl Margaret Mayville.