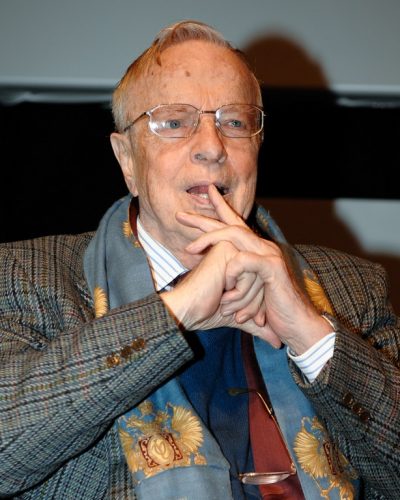 Franco Zeffirelli was an Italian director and producer of operas, films, and television. He directed the films The Taming of the Shrew (1967) and Romeo and Juliet (1968; nominated for the Academy Award for Best Director), and the mini-series Jesus of Nazareth (1977). He was a Member of the Senate of the Republic, from 21 April, 1994 to 29 May, 2001.

He was the son of Ottorino Corsi, a wool and silk dealer, and Florentine Alaide Garosi, a fashion designer. His father was from Vinci, and his mother was from Florence, both in Tuscany. The two were married to other people at the time. The surname Zeffirelli was made up by his mother as he was illegitimate.