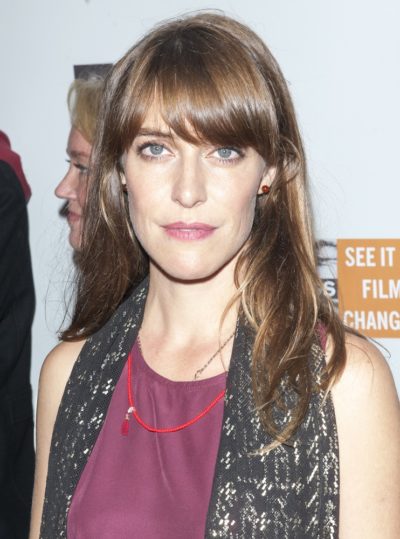 Feist is a Canadian indie pop singer, songwriter, and guitarist.

Feist is the daughter of Lyn and Harold Feist. Her father is American, and is an abstract expressionist painter, who also taught at colleges. He is of German, English, Irish, French, and Belgian Flemish descent. Her mother is from Saskatchewan, Canada, and is a ceramics artist. She is of German, Luxemburgish, French-Canadian, and English descent. She was raised partly in Regina, Saskatchewan, and then Calgary, Alberta, where she spent most of her childhood. She has dual Canadian-U.S. citizenship.

Feist has a daughter, who is adopted.

Feist’s maternal uncle was musician and record producer Dan Achen. He was the guitarist of Canadian rock band Junkhouse.

Feist’s paternal grandfather was Elmer Frank Feist (the son of Frank Joseph Feist and Mabel Charlotte Fulton). Elmer was born in Illinois. Feist’s great-grandfather Frank was born in Illinois, the son of Frank Joseph Feist, who was from Alsace, France, and was of German descent; and of Mary Agnes Hildebrandt, whose own father was German, and whose own mother was an ethnic German, from Alsace. Feist’s great-grandmother Mabel was born in Illinois, the daughter of Martin John Fulton/Falton, whose father was French, and whose mother was of Flemish Belgian descent; and of Sophia/Sophie Margaret Borsch, who was of German descent.

Feist’s maternal grandmother was Phyllis Marjorie Morin (the daughter of Philip Morin and Florence Woodruff). Phyllis was born in Saskatchewan. Philip was born in the Northwest Territories, and likely was French-Canadian. Florence was born in Ontario, and was listed as “English” on the 1926 Canada, Prairie Provinces Census.