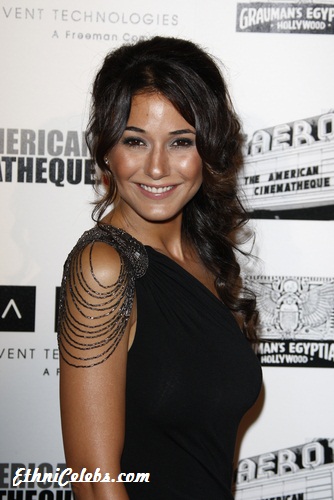 Emmanuelle Chriqui is a Canadian film and television actress. She is known for her role on Entourage and in the films Snow Day, Wrong Turn, In the Mix, and You Don’t Mess with the Zohan, among many other works.

Emmanuelle was born in Montréal, Québec, Canada, the daughter of Jewish emigrants from Morocco. Her mother was born in Casablanca and her father in Rabat, and Chriqui has relatives in Israel. Her family practiced Orthodox Judaism in the Sephardic tradition.

Genealogy of Emmanuelle Chriqui (focusing on her mother’s side) – https://www.geni.com