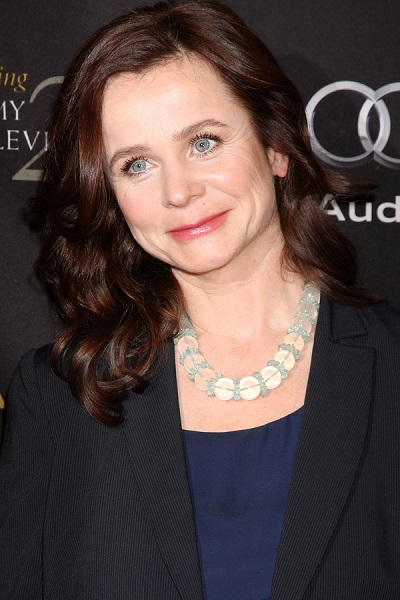 Watson in 2012, photo by Joe Seer/Bigstock.com

Emily Watson is an English actress.

Emily is the daughter of Katharine and Richard Watson, an architect. She is married to Jack Waters, with whom she has two children.

Emily’s maternal grandfather was Dennis Noel Venables (the son of Harry Spencer Venables and Katherine Margaret Skinner). Dennis was born in Hendon, Middlesex, England. Harry was the son of George Henry Venables and Emma Spenser Tiddeman. Katherine was the daughter of David Shorter Skinner and Georgina Clarrebutt, who was born in India.

Emily’s maternal grandmother was Margaret Stewart/Stuart Riach (the daughter of Arthur Hamilton Dundas Riach and Mildred Agnes Baker). Margaret was born in Ootacamund, Madras, India. Arthur was born in Borrisokane, Co. Tipperary, Ireland, and had Scottish ancestry. He was the son of William Alexander Riach and Mary Henrietta Hamilton Holmes. Emily’s great-grandmother Mildred was the daughter of Robert John Baker, who was born in Hamburg, Germany (his own father was born in St. Petersburg, Russia), and of Louisa Edith Ranking.