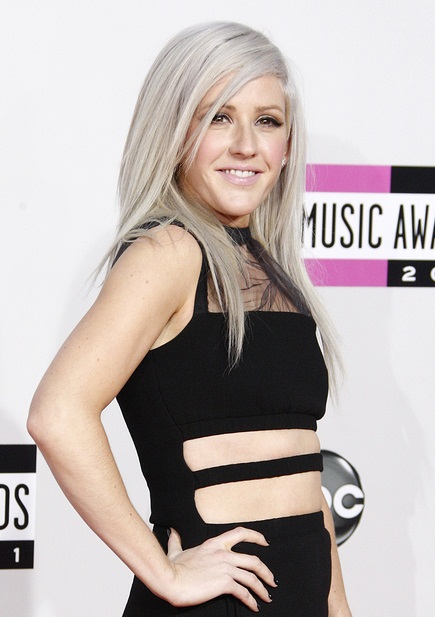 Goulding in 2011, image via Joe Seer/bigstock.com

Ellie Goulding is an English singer, songwriter, and multi-instrumentalist.

Ellie is the daughter of Tracey and Arthur E. J. Goulding. She is married to art dealer Caspar Jopling, with whom she has one child.

Ellie has been incorrectly described as being Jewish on several websites; she is not of Jewish ancestry.

Ellie’s paternal grandfather was Charles Raymond “Ray” Goulding (the son of John Charles Goulding and Lucy Trigg). Charles was born in Chepstow, Monmouthshire, England, and was a newspaper editor. John was the son of Joshua Goulding and Adeliza Imm. Lucy was the daughter of David Trigg and Sarah Ann Acton.

Ellie’s paternal grandmother was Doris Jean Evans (the daughter of Arthur Samuel Evans and Emily Farr). Doris was born in Bromyard, Herefordshire, England. Emily was the daughter of James Farr and Emily Pritchard, who was Welsh.

Sources: Genealogy of Ellie Goulding (focusing on her father’s side) – https://www.geni.com