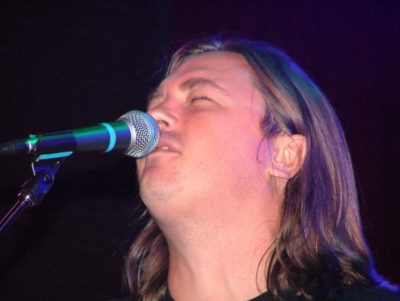 Edwin McCain is an American singer, songwriter, and musician.

Edwin is the son of Wendy (Boatwright) and Watt McCain, Jr., who are his adoptive parents. He is married to Mary Christine “Christy” Young. His adoptive parents’ ancestry is English, French, German, Irish, Scots-Irish/Northern Irish, Scottish, Welsh, and remote Channel Islander [Jersey] and Dutch, as well as 1/1024 Italian.

Edwin’s patrilineal ancestry can be traced back to his tenth great-grandfather, William McKeane.

Edwin’s paternal grandmother was Berta Aline Fowler (the daughter of Eugene Bass Fowler and Aline Robison). Berta was born in South Carolina. Eugene was the son of Jeremiah Green Fowler and Parazade Camilla Moore. Aline was the daughter of a father surnamed Robison, and of Berta.

Edwin’s maternal grandmother was Ann Ware (the daughter of James Robert Ware and Eliza Dargan). Ann was born in South Carolina. James was the son of James Henry Ware and Anna Robert Child. Eliza was the daughter of William Edwin Dargan, Jr. and Mary Brockington Hart.

Edwin’s matrilineal ancestry can be traced back to his seventh great-grandmother, Mary Graceberry.