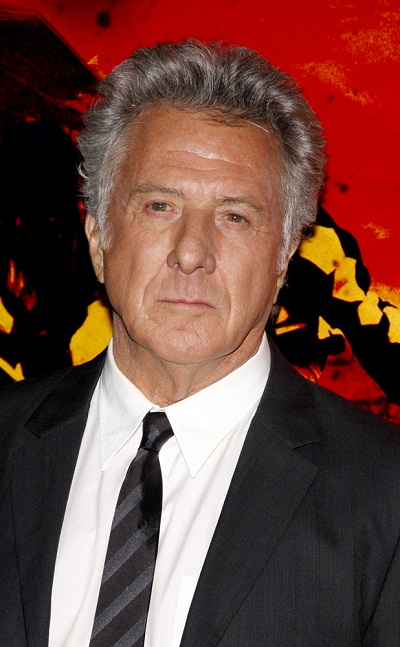 Dustin Hoffman is an American actor and director. He has twice won the Academy Award for Best Actor, for Kramer vs. Kramer (1979) and Rain Man (1988).

He is the son of Lillian (Gold) and Harry Hoffman, who was a prop supervisor at Columbia Pictures. His father was born in Massachusetts, to Ukrainian Jewish parents. His mother was born in Chicago, Illinois, to a Polish Jewish father and a Romanian Jewish mother.

Dustin had a non-religious upbringing. He has said, “I don’t have any memory of celebrating holidays growing up that were Jewish”, and that he “realized” he was Jewish when he was around ten years old. Dustin became famous after starring in the 1967 film The Graduate.

Dustin is married to businessperson Lisa (Gottsegen) Hoffman, who is also Jewish. Dustin has two children with his former wife Anne Byrne; and four children, including actors Jake Hoffman and Max Hoffman, with Lisa.

Dustin’s paternal grandfather was Frank Hoffman (the son of Moshko Goikhman, also known as Sam Hoffman, and of Libba Cagan). Frank was a Jewish emigrant from Belaja Zerkovy/Bila Tserkva, Kiev, Ukraine, then in the Russian Empire. Libba was the daughter of Mikhel Cagan and Mina Leybovna Tokar/Toker.

Sources: Interview with Dustin about his Jewish faith – http://www.thejc.com