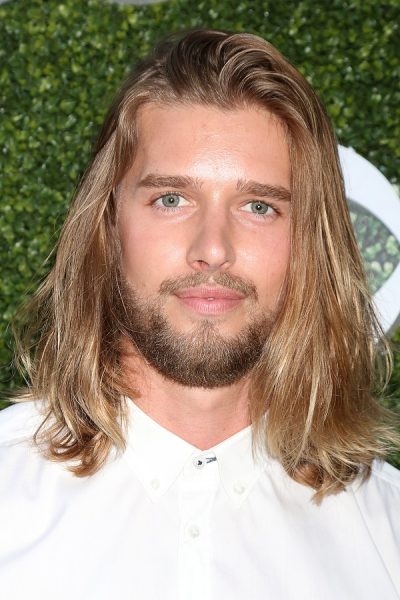 Drew Van Acker is an American actor, model, and producer. His roles include Pretty Little Liars, Tower Prep, Devious Maids, and Training Day. He was raised in Medford, New Jersey.

Drew’s paternal grandfather was Thomas Raymond Van Acker, Sr. (the son of Raymond Edmond Van Acker and Marie Burke). Raymond was the son of Belgian emigrants, from the Flanders region, Aloysious Van Acker, from Clerken, and Marie Hoste. Drew’s great-grandmother Marie was the daughter of Edward Joseph Burke, whose parents were Irish, and of Magdalena Theresa Brauch, whose parents were German, from Baden.

Drew’s paternal grandmother was Shirley Anne Diekemper (the daughter of Cleophas Henry Diekemper and Amelia Anna Marie Bretz). Cleophas was the son of Bernard Diekemper and Anna Elizabeth Schroeder, who were the children of German parents. Amelia was the daughter of John Bretz, a German immigrant, and of Mary Noll, whose parents were also German.

Drew’s maternal grandmother was Marilyn Olive Roberts (the daughter of Ivan Lester Roberts and Harriett M. Blum). Marilyn was born in Kansas. Ivan was the son of Albert Freeman Roberts and Irma Esther Constant, and had deep roots in the U.S. Harriett was the daughter of Stephen Douglas Blum, whose parents were German, and of Olive Adelaide Cole, who also had deep American roots.