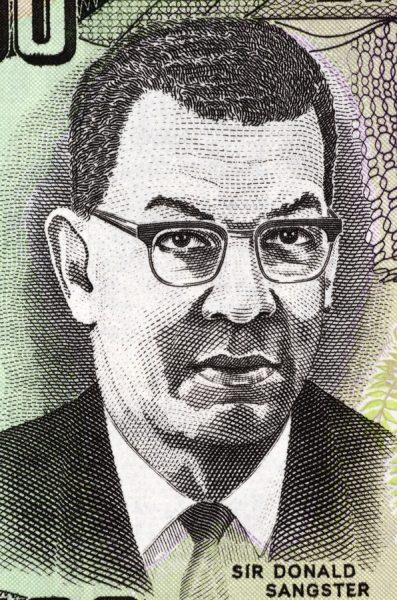 100 dollar with portrait of Donald Sangster c. 2007, photo by Candyman/Bigstock.com

Donald Sangster was a Jamaican solicitor and politician. He served as the second Prime Minister of Jamaica, from 23 February, 1967 to 11 April, 1967, his death.

Donald was the son of Cassandra Feodore Louise (Plummer) and William Burns Sangster, a land surveyor.