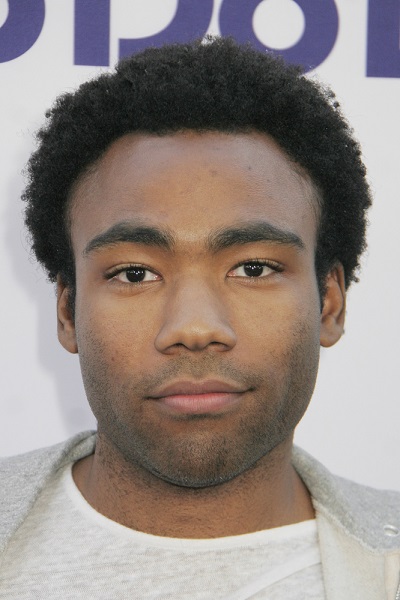 Donald Glover is an American actor, comedian, singer, rapper, producer, writer, and director. He is known for starring in Community and creating/headlining Atlanta, and for his role as Lando in Solo: A Star Wars Story. He raps under the name Childish Gambino and djs under the name mcDJ. He was a member of the comedy sketch group Derrick Comedy, along with Dominic Dierkes and DC Pierson.

Donald was born at Edwards Air Force Base, in Kern, California, and raised in Stone Mountain, Georgia. His parents, Beverly (Smith) and Donald Glover, are African-American.

Donald’s brother, Stephen Glover, is a writer and rapper.

Donald has three children with his partner Michelle.