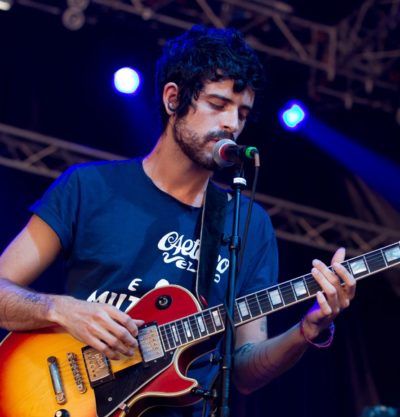 Devendra Banhart is an American and Venezuelan singer, songwriter, and visual artist.

Devendra is the son of Maria Eugenia and Robert Gary Banhart. His father is American, and has English and German ancestry. His mother is Venezuelan, and has Spanish Canary Islander ancestry, along with likely Basque. Devendra was raised by his mother in Venezuela.

His name is a synonym for Indra (Hindu), as suggested by Prem Rawat, an Indian religious leader whom Devendra’s parents followed. His middle name Obi is after Star Wars‘ Obi-Wan Kenobi.

Devendra’s paternal grandfather was Roy Thomas Banhart (the son of John Banhart and Maude/Maud Bussey). Roy was born in Illinois. John was born in Kentucky, the son of John W. Banhart, who was born in Prussia, and of Mary Smith. Maude was the daughter of Horace Bussey and Matilda Bayles/Bales.

Devendra’s paternal grandmother was Alice Maxine Hale (the daughter of Barnum Edward Hale and Katie Antoinette Eastin/Easton). Alice was born in Illinois. Barnum was the son of Lafayette Gilbert Hale and Rosa Victorine Spears. Katie was the daughter of James Tiger Walden Eastin and Mary Monical.