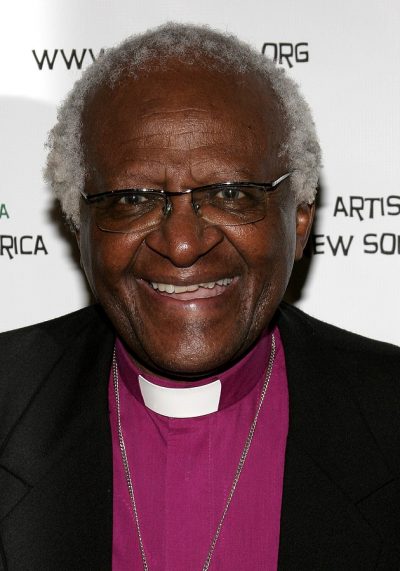 Tutu in 2006, photo by Starfrenzy/Bigstock.com

Desmond Tutu was a South African Anglican bishop and theologian. He was known for his work as an anti-Apartheid and human rights activist. He was awarded the Nobel Prize for Peace in 1984.

Desmond was the son of mother, Allen Dorothea Mavoertsek Mathlare, a Motswana from Boksburg, Gauteng, and father, Zachariah Zelilo Tutu, a Xhosa of the amaFengu branch from Gcuwa, Eastern Cape. The family spoke isiXhosa at home.