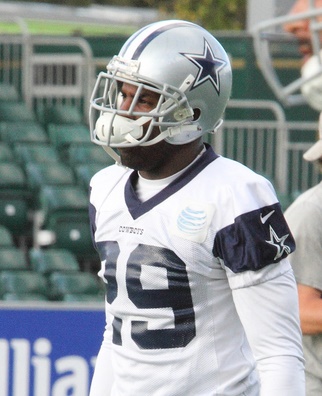 Murray in 2014, photo by Prphotos.com

DeMarco Murray is an American professional football player. He was a running back for the Dallas Cowboys, the Philadelphia Eagles, and the Tennessee Titans.

He is married to actress Heidi Mueller, with whom he has two children.