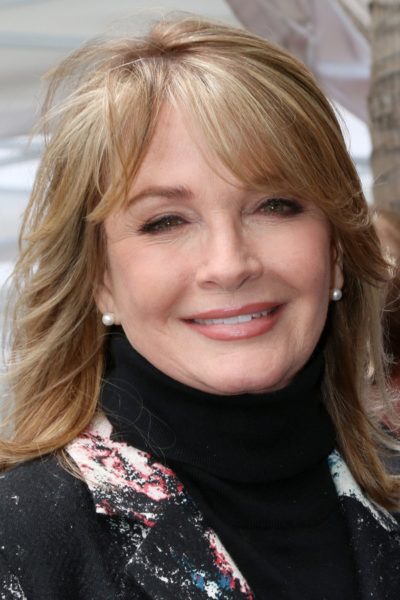 Hall in 2017, photo by kathclick/www.bigstockphoto.com

Deidre Hall is an American actress.

She is the daughter of Jean and John Hall. Her father was of mostly Colonial American descent. Her mother was born in Glasgow, Scotland. Her twin sister is actress Andrea Hall. Deidre has two children with her former husband, Shakespearean scholar and author Steve Sohmer.

Deidre’s paternal grandfather was Dexter Emery Hall (the son of Julius Hall and Laura L. Parker). Dexter was born in Meriden, Connecticut. Julius was the son of Joseph Hall and Hannah Francis, and had deep roots in the U.S.

Deidre’s paternal grandmother was Hattie May Stiles (the daughter of Frank Wooding Stiles and Elizabeth Jane Aubrey). Hattie was born in Meriden, Connecticut. Frank was the son of Truman S. Stiles and Eliza Ann Wooding, and had deep roots in the U.S. Elizabeth was the daughter of John Aubrey, who was from Birmingham, England, and Mary McKenna, who was from Teilywain, Monmouthshire, Wales.