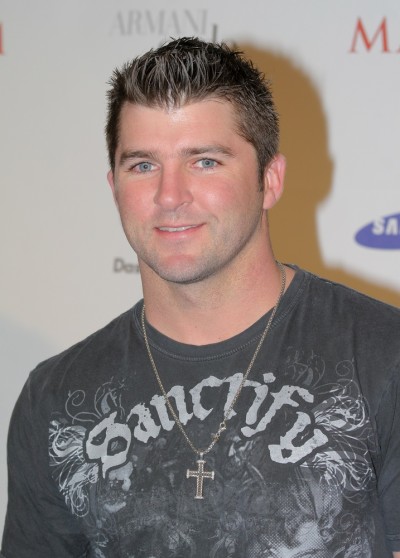 Dan Uggla is an American professional baseball player. He was a second baseman in Major League Baseball, and played for the Florida Marlins, Atlanta Braves, San Francisco Giants, and the Washington Nationals. Uggla is a Swedish surname that means “owl.” The surname comes from a noble family in Sweden.

Dan is the son of Elizabeth and John Uggla. Dan is married to Janette Repsch. He has three children, including a daughter with Janette.

Dan’s paternal grandmother was Helen Jane Ryder (the daughter of John Marvin Ryder and Helen Stamford/Stanford Brown). Dan’s grandmother Helen was born in New York. John was the son of John Daniel Ryder, who was born in New York, to German parents, and of Rose Melligan. Dan’s great-grandmother Helen was the daughter of William Henry Brown, whose parents were Irish, and of Alida Groot/Groat Lansing, who was of Dutch descent.

Dan’s maternal grandfather was Hollis Welbourn Cooley (the son of Hollis Moseley Cooley and Page Edloe Welbourn). Dan’s grandfather Hollis was born in Maryland. Dan’s great-grandfather Hollis was the son of Mortimer Elwyn Cooley and Carolyn Elizabeth Moseley. Edloe was the daughter of John Emory Welbourn and Lucy Harrison Armistead. Dan’s great-great-grandfather Mortimer Elwyn Cooley was a mechanical and consulting engineer, a U.S. Naval officer, and a politician. He was a Professor of Mechanical Engineering and Dean of the College of Engineering and Architecture, at the University of Michigan; and also president of the American Society of Mechanical Engineers, from 1919 to 1920.

Sources: Genealogy of Dan Uggla (focusing on his father’s side) – http://www.wargs.com