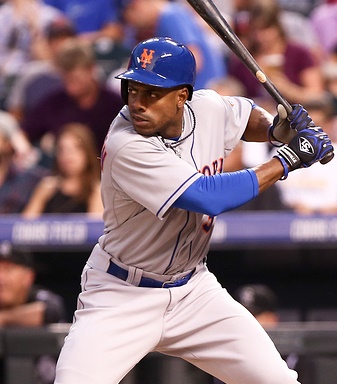 Granderson in 2015, photo by Debby Wong/Bigstock.com

Curtis Granderson is an American professional baseball player. He is an outfield. He has played for the Detroit Tigers, New York Yankees, New York Mets, Los Angeles Dodgers, Toronto Blue Jays, Milwaukee Brewers, and Miami Marlins, of Major League Baseball (MLB). He has founded the Grand Kids Foundation, for the education of inner-city children in the U.S.