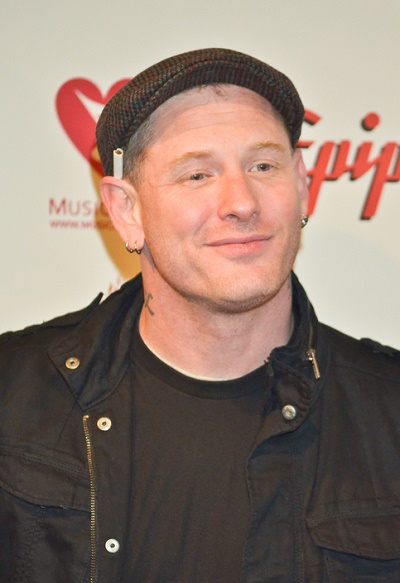 Corey Taylor is an American singer, songwriter, actor, and author. He is the lead vocalist and lyricist of the bands Slipknot and Stone Sour. Paul Gray was also a member of Slipknot.

He has three children, including a son with his former wife Scarlett Stone.

I’m half-German, half-Irish. My mother’s family is mostly Irish with a touch of Dutch. My father is mostly German with a touch of native American. It’s a weird amalgam… Overall, I’m half-German and half-Irish which is where I get my temper from. Growing up, I didn’t have a lot to relate to because my family life was fairly messy. I didn’t know my father until I was about 30… Being half-Irish, I kind of look at it and think, ‘why can’t we play Ireland more’.