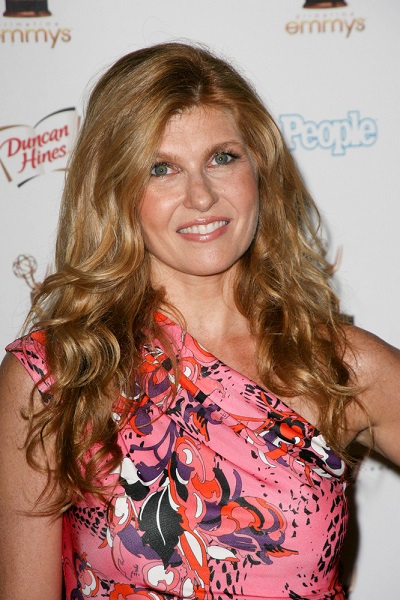 Britton in 2011, photo by Prphotos.com

Connie Britton is an American actress, singer, and producer. Her roles include Friday Night Lights, Nashville, and The White Lotus, among many others.

She is the daughter of Linda Jane (Cochran) and Edgar Allen Womack. Connie has a son, who is adopted, from Ehtiopia. Her surname is from her former husband John Britton.

Connie’s patrilineal line can be traced to William Charles Womack, who was born, c. 1620, in Wragby, Lincolnshire, England.

Connie’s paternal grandmother was Lucy Opal George (the daughter of Elijah Hazel George and Cora/Carrie Blaine Shell). Lucy was born in Tennessee. Elijah was the son of Levi/Levie George and Elizabeth Susan Hill. Cora was the daughter of Millard Fillmore Shell and Parlia Caroline DeMarcus.