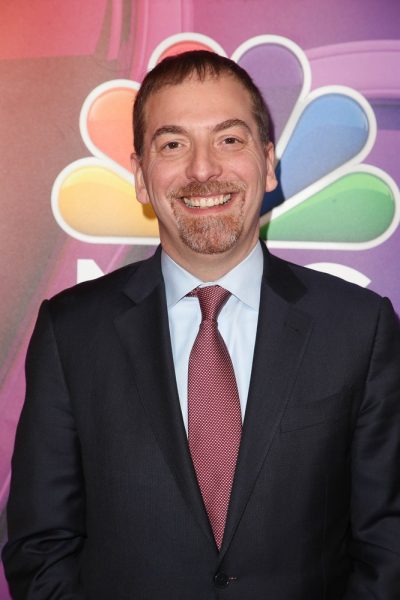 Chuck Todd is an American television journalist. He hosts the show Meet the Press.

Chuck’s paternal grandmother was Margaret Gilchrist Moore (the daughter of Stanley Dean Moore and Ruth Esther Battis/Cummings). Margaret was born in Iowa. Stanley was the son of Martin Henry Moore and Elizabeth Helen Ratcliffe. Ruth was the daughter of Benjamin Franklin Cummings and Mary Maud Battis.

Chuck’s maternal grandfather was Benjamin “Ben” Bernstein (the son of Joseph Morris Bernstein and Sarah Zipporah/Pearl Weintraub). Benjamin was born in Illinois. Joseph was born in Chataine, Bessarabia, the son of Itzchok Bernstein. Sarah was born in Russia, the daughter of Samuel Weintraub and Freida.

Genealogy of Chuck Todd (focusing on his mother’s side) – https://www.geni.com