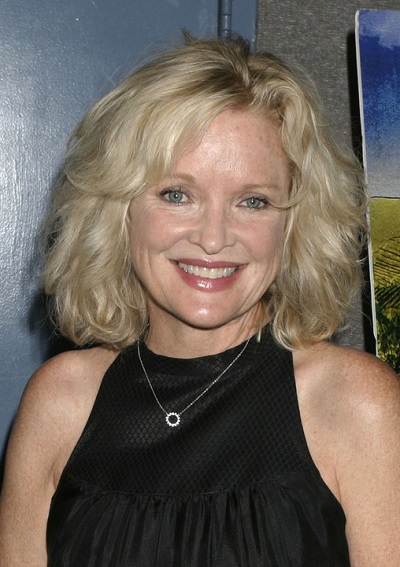 Ebersole in 2008, photo by Prphotos.com

Christine Ebersole is an American actress and singer.

She is the daughter of Marian and Robert Ebersole, the president of a steel company in Milwaukee, Wisconsin. Christine is married to Bill Moloney, with whom she has three children, who are adopted. Bill’s brother is the father of actress Janel Moloney.

Christine’s maternal grandfather was George Mancil Walter Goodley (the son of William Slater Goodley and Matilda Ball Walter). George was born in Pennsylvania. William was the son of Samuel Goodley and Elizabeth R. Stidham. Matilda was the daughter of George M. Walter/Walters and Lydia Ann Grubb.

Genealogy of Christine Ebersole (focusing on her mother’s side) – http://www.geni.com