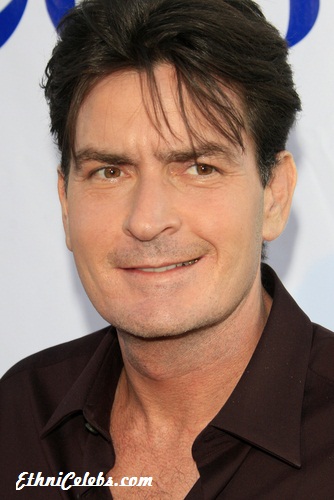 Charlie’s father is of half Spanish and half Irish ancestry. Charlie’s maternal grandmother’s ancestry included English and Scottish. His father is Catholic and his mother is Baptist.

In 2011, when Charlie was accused of making an anti-Jewish comment, he stated that his mother is Jewish. It appears that this is not correct. At the very least, Charlie’s maternal grandmother was definitely not Jewish.

It is unclear who Charlie’s biological maternal grandfather was.

Charlie’s maternal grandmother was Lena/Lee Ann Helene/Helen Martin (the daughter of Thomas/Tom Samuel Martin and Martha Fayette Flint/Flynt). Lena was born in Kentucky, and had English and Scottish ancestry. Thomas was the son of Ananias Martin and Parthenia Osborne. Martha was the daughter of Hyrum/Hiram Flint and Mary Porter/Prater.