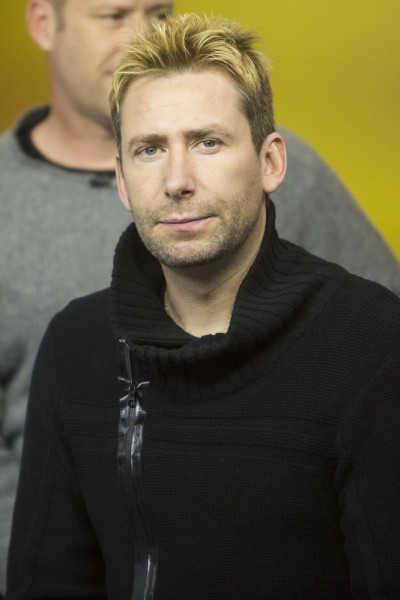 Kroeger in 2014, photo by Prphotos

Chad Kroeger is a Canadian singer, songwriter, musician, and producer. He is the lead vocalist and guitarist for the Canadian rock band Nickelback. Chad is the son of Deborah (Kroeger) and Windy Turton.

Chad’s maternal grandfather was Heinrich “Henry” Kroeger (the son of Heinrich/Henrich “Henry” Kroeger and Helena Rempel). Chad’s grandfather Heinrich was born in Moscow, Russia, to an ethnic German family, of the Mennonite religion. He was a member of the Progressive Conservative party, and served as a member of the Legislative Assembly of Alberta. Chad’s great-grandfather Heinrich was the son of Heinrich Heinrich Kroeger and Anna Siemens. Helena was the daughter of Gerhard Rempel.

Sources: Genealogy of Chad Kroeger (focusing on his mother’s side) – https://www.geni.com