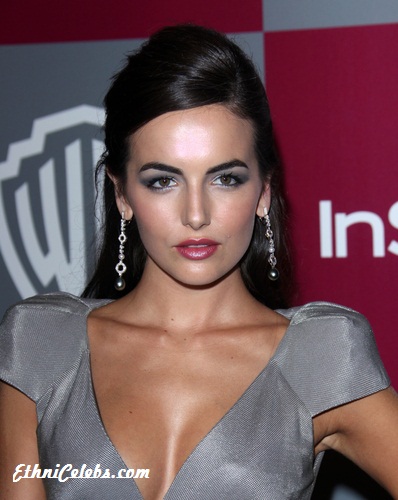 Camilla Belle is an American actress, director, and producer. She has starred in the films The Quiet, When a Stranger Calls (2006), and 10,000 BC, among others.

She was born Camilla Belle Routh in Los Angeles. Camilla’s father, Jack Wesley Routh, a country music composer and performer, is from Kingman, a small town in Kansas, and has English, German, and French ancestry. Camilla’s mother, Deborah Cristina, a fashion designer, is Brazilian. Camilla stated in an interview:

Well my Mum is Brazilian but her family originated from Portugal and I think there’s some Italian in there as well. My dad is American but French on his grandmother’s side and there might be some Native American in there as well – so it’s really mixed up but the main part is European!

Camilla speaks Portuguese and Spanish. She is named after a Brazilian soap opera character, Camila, from Cavalo de Aço.

Camilla’s paternal grandmother was Martha June Anderson (the daughter of William Albert Anderson and Roxie Belle Brown). Martha was born in Kansas. William was the son of John Steven Anderson and Mary Katherine Graham. Roxie was the daughter of Wesley Samuel Brown and Martha Eldora Bell.

Genealogy of Camilla’s paternal grandmother, Martha June Anderson (focusing on her own father’s side) – http://worldconnect.rootsweb.ancestry.com