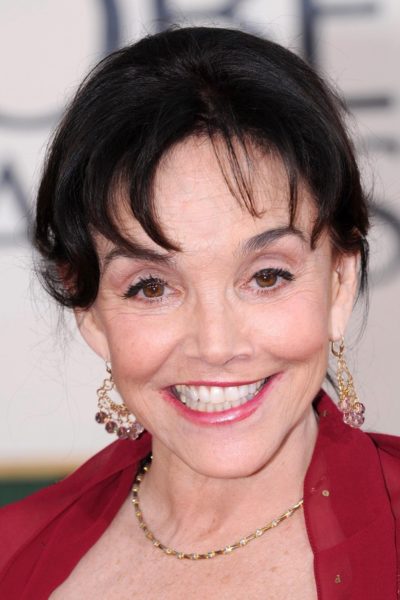 Adams in 2009, photo by s_bukley/Bigstock.com

Brooke Adams is an American actress. She is known for her roles in the films Shock Waves, Days of Heaven, Invasion of the Body Snatchers (1978), Tell Me a Riddle, The Dead Zone, The Unborn, Gas Food Lodging, and The Baby-Sitters Club, among others.

Brooke is the daughter of Rosalind (Gould), an actress, and Robert Kaufmann Adams, who was a producer, radio and theatre actor, and vice president of CBS. She is the sister of actress and writer Lynne Adams. Much of her ancestry is Colonial American (English). She is sometimes said to be a descendant or relative of the two U.S. Presidents Adams, though there is no apparent relation through at least their shared patrilineal lines.

Brooke is married to actor Tony Shalhoub, with whom she has two children, who are adopted.

Brooke’s paternal grandmother was Josephine Kaufman/Kaufmann (the daughter of Adam S. Kaufman/Kaufmann and Emma E. Burwell). Josephine was born in Detroit, Wayne, Michigan. Adam’s parents, Adam Kaufmann and Catharine, were German, his father from Hesse-Darmstadt and his mother from Baden. Emma was the daughter of William H. Burwell and Mary Elizabeth Barnard, who were from New York.

Brooke’s maternal grandfather was Harold Howard Gould (the son of Howard Gould and Lena Martha Bugbee). Harold was born in Boston, Suffolk, Massachusetts, and was editor of the Boston Daily Record and Boston Traveler. Brooke’s great-grandfather Howard was an actor. He was the son of Hiram Wethern Gould and Elizabeth Jane/Isley Libby, who were from Maine. Lena was the daughter of Gilbert Danford Bugbee and Cordelia Sarah “Delia” Pratt, who were from Dover, Windham, Vermont.

Brooke’s maternal grandmother was Elaine Westall (the daughter of Henry Addison Westall and Laura M. Hill). Elaine was born in Bloomington, McLean, Illinois. Henry was born in North Carolina, the son of Thomas Casey Westall and Martha Ann Penland. Laura was born in Arkansas, the daughter of James Decatur Hill and Emmaline P. Martha Penland’s grandfather, George Patton, was the brother of Rebecca Patton, who was married to folk hero, frontiersman, soldier, and politician Davy Crockett.

Genealogy of Brooke’s mother (through her own brother) (focusing on her own mother’s side) – http://worldconnect.rootsweb.ancestry.com