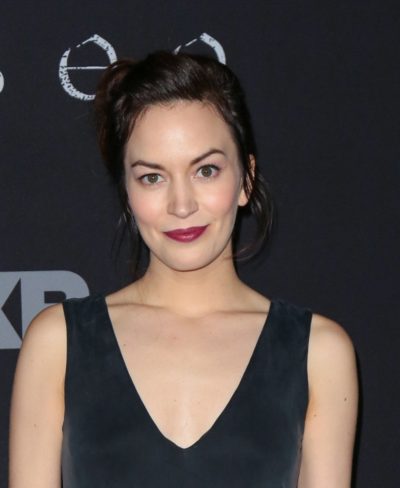 Britt Lower is an American actress.

Britt’s paternal grandfather was Merlin Duane Lower (the son of Harry H. Lower and L. Vivia Gillespie). Merlin was born in Illinois. Harry was the son of Leslie Lower and Barbara Remhart/Reinhart, whose father was from Alsace-Lorraine and whose mother was born in Canada, to German parents. Britt’s great-grandmother L. Vivia was the daughter of William Elmer Gillespie and Lottie Ann Hainline.

Britt’s maternal grandfather was Carl Howard Knight (the son of Chester Arthur Knight and Lena V. Dirksmeyer). Carl was born in Illinois. Chester was the son of Edward Knight and Margaret Turneus. Lena was the daughter of William Rutger Dirksmeyer, whose parents were German, and of Hannah Virginia Foiles.