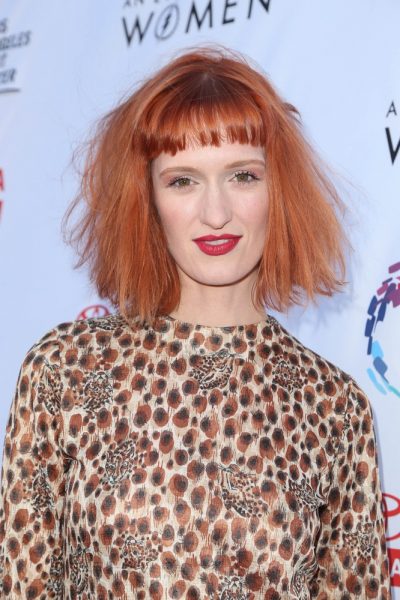 Ethnicity: Irish, as well as one eighth Swedish, one eighth Bohemian/Czech-Hungarian

Breeda Wool is an American actress, writer, and producer.

Her father was born in Cork, Ireland. Her mother is American. She has a daughter with her partner, music producer and musician Matt Friedman.

Breeda’s maternal grandfather was Dr. John Edmund Fitzgerald (the son of John Valentine Fitzgerald, Jr. and Gertrude Margaret Doyle). Breeda’s grandfather John was born in Chelsea, Massachusetts. Breeda’s great-grandfather John was the son of John Valentine Fitzgerald, whose parents were Irish, and of Alice Mabel Burke, whose parents were born in Canada, and who likely had Irish ancestry. Gertrude was the daughter of John Edward Doyle, an Irish emigrant, from Shillelagh, County Wicklow, and of Margaret Frances Donovan, the daughter of Irish immigrants.

Breeda’s maternal grandmother was Elaine Louise Ohlson (the daughter of Anton Wilfred Ohlson and Marie Ann Otradovec). Elaine was born in Chicago, Illinois. Anton was the son of Swedish immigrants, John Ohlson and Ida Anderson. Marie was born in Czechoslovakia, the daughter of Jozef/Joseph Otradovec, who was from Nové Dvory, Bohemia, and of Zofie/Sophie Baron/Baran, who was from Hungary.