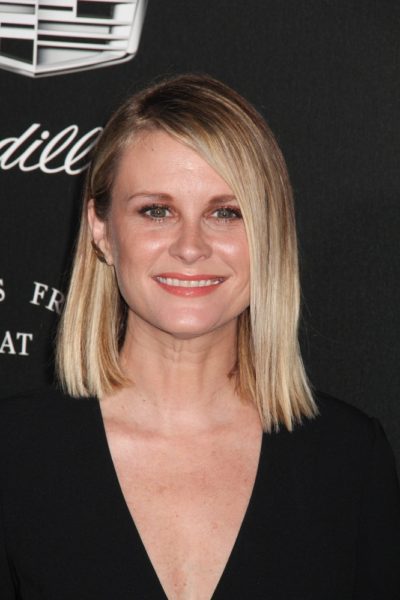 Bonnie Somerville is an American actress and singer.

Bonnie’s maternal grandfather was Richard Terence Barry (the son of Andrew Daniel Barry and Marie Frances Obraz). Richard was born in Brooklyn, New York City. Andrew was the son of Irish parents, Edward Barry and Anna Cullity. Marie was the daughter of Joseph Obraz and Mary Mastalka, who were the children of Czech immigrants.

Bonnie’s maternal grandmother was Eleanor T. O’Donnell (the daughter of James O’Donnell and Nora McBride). Eleanor was born in Brooklyn, New York City, to Irish parents. Nora was the daughter of Thomas McBride and Ellen MacTiernan, who was from Beagh, Leitrim.