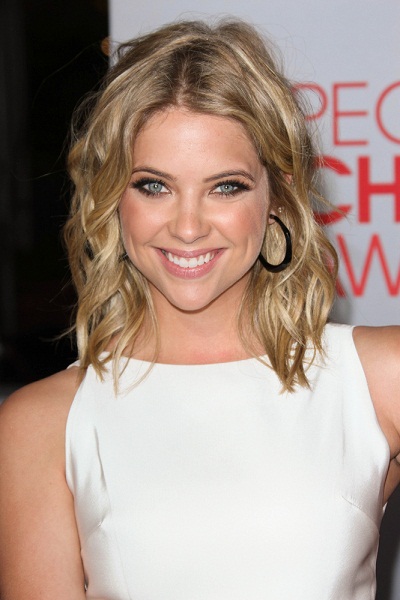 Ashley Benson is an American actress, model, and singer. She is known for her roles on the show Pretty Little Liars and in the film Spring Breakers.

Ashley’s paternal grandfather is Norman Wayne Benson (the son of Wayne Clark Benson and Alpha Lois Lockmiller). Norman was born in California. Wayne was born in North Dakota, the son of Martin Bernhard Benson, whose father was Norwegian, and whose mother was also of Norwegian descent; and of Mary E. Haas, whose own father was born in Roemisch-Katholische, Bischofsdhron, Rheinland, Prussia. Alpha was born in Tennessee, the daughter of Charles/Charlie Henry Lockmiller and Bertie Lou Wilson.

Ashley’s paternal grandmother is Margaret Louise Alderson (the daughter of Byron/Bryon Ernest Alderson and Rossie May Bright). Margaret was born in Minnesota, to parents who were born in South Dakota. Byron was the son of Curtis Henry/Heinrich Alderson and Marie Louise Schultz, whose father was born in Leipzig, Germany, and whose maternal grandparents were also German. Rossie was the daughter of Lowell Elston Bright, whose father was English, and of Myrtle Elora Atkins, and had partial deep roots in the U.S.