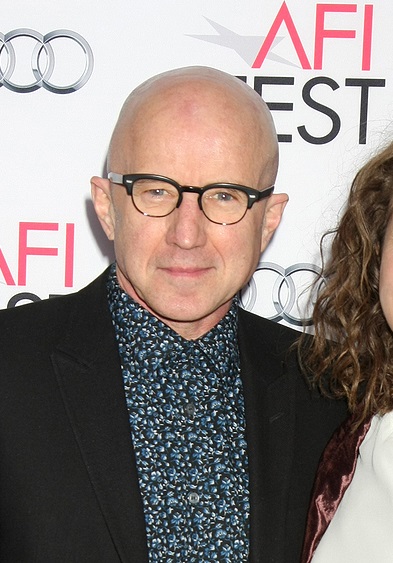 Howard in 2015, photo by kathclick/Bigstock.com

Arliss Howard is an American actor, writer, and film director.

His brother is actor and writer James “Jim” Howard. Arliss is married to actress and producer Debra Winger. He has a son with his former wife, talent agent Karen Sellars; and a son with Debra.

Arliss’s paternal grandmother was Audrey Leone Perry (the daughter of William Henry Perry and Emma Beckwith Swival). Audrey was born in Illinois. William was born in New York, to Canadian parents, Joseph G. Perry and Malinda Geniethier. Emma was the daughter of Frederick/Fredrick/Fred Swival, who was born in Glarus, Switzerland, and was likely of Swiss-German descent; and of Permelia Catherine Jones.

Arliss’s maternal grandfather was Charles Brock Peavy/Peevy (the son of Sylvester Laborn Peavy/Peevy and Patsy Dixon). Charles was born in Alabama. Sylvester was the son of Isaac Peavey and Mary “Polly” Roebuck. Patsy was the daughter of Claiborne Houston Dixon and Rebecca Ann Townsend.

Arliss’s maternal grandmother was Alma America Jernigan (the daughter of Benjamin Lomax Jernigan and America Ann Cobb). Alma was born in Florida. Benjamin was the son of Thomas Jefferson Jernigan and Martha Jane Travis. America was the daughter of Stephen Riley Cobb and Mary Jane Maine/Main.