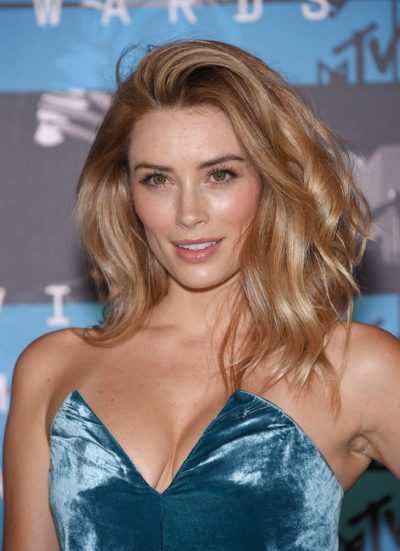 Vandenberg in 2015, photo by DFree/Bigstock.com

Arielle Vandenberg is an American actress, television host, and model. She has hosted the show Love Island. She was raised in Fallbrook, California.

Arielle’s paternal grandmother was Mary Ellen Higley (the daughter of Bert Higley and Rosaline Gurwell). Mary was born in Hooper, Utah, and had deep roots in the U.S. Bert was the son of George Edwin Higley, whose father was born in Leeds, Ontario, Canada, and of Adeline Johnson. Rosaline was the daughter of William David Gurwell and Mary Luen Willis.

Arielle’s maternal grandfather was David Lee Terlizzi (the daughter of The Rev. Giuseppe/Guiseppi/Joseph Terlizzi and Phyllis Muriel Defibaugh). David was born in Indiana. The Rev. Giuseppe was born in Foggia, Italy, and was the son of Rocco Terlizzi and Leonarda/Leonora Mary Cibelli. Phyllis was the daughter of William Franklin Defibaugh and Amanda Roach, and had deep roots in the U.S.

Arielle’s maternal grandmother was Lois De Ette Murphy (the daughter of Henry Herman Murphy and Helen Marie St. Cyr). Lois was born in Los Angeles, California. Henry was the son of Noah Dawson Murphy, who had deep roots in the U.S., and of Hannah Gustava Olson, a Swedish immigrant. Helen was the daughter of Henry Rouillard/Soulard St. Cyr, whose father was of French-Canadian descent, and of Mary Alwilda Christison.