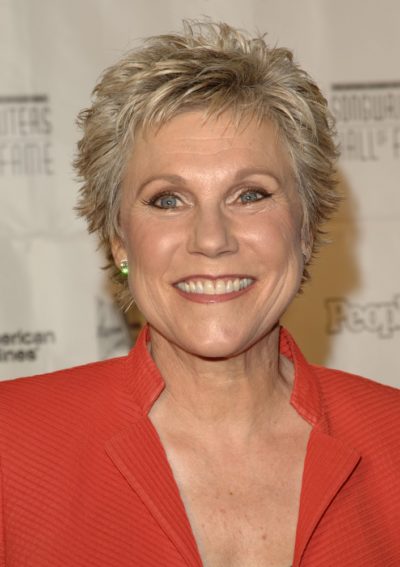 Anne Murray is a Canadian singer, of pop, country, and adult contemporary music. Her albums have sold over 55 million copies worldwide. She had several chart-topping hits in the 1970s and 1980s, and has also appeared on Canada’s Got Talent as a mentor.

Anne was born in Springhill, Nova Scotia, a coal mining town, the daughter of Marion Margaret, a nurse, and Dr. James Carson Murray, the town physician. Anne has two children, including singer, songwriter, and painter Dawn Langstroth, with her former husband, Bill Langstroth. Bill was a music producer, who hosted Singalong Jubilee.

Anne’s paternal grandfather was Daniel Murray (the son of John Murray and Margaret Sutherland). Daniel was born in Meadowville, Pictou, Nova Scotia, of Scottish ancestry. John was the son of Duncan Murray, who was Scottish, born in Rogart, Sutherlandshire, and of Jean/Jane McCrea/McCara, whose parents were Scottish, from Perth.

Anne’s maternal grandfather was Arthur Jerome Burke (the son of Jerome LeBlanc and Amelia Burke). Arthur was born in Minudie, Nova Scotia, and was of French-Canadian descent. One of Arthur’s ancestors, Joseph-Andre LeBlanc, was a major figure in Canadian history. Anne’s great-grandfather Jerome was the son of Dominique LeBlanc and Marguerite Bourque.

Anne’s maternal grandmother was Mary/Mamie Justine Belliveau (the daughter of Damien Belliveau and Sarah Bourque/Burke). Mary was born in Joggins Mines, Cumberland County, Nova Scotia, of French-Canadian descent. Her ancestry could be traced back to Antoine Belliveau, in Port Royal in 1645. Damien was the son of Maximim/Maximin Belliveau and Justine Melanson. Sarah was the daughter of Moses Bourque and Mary Comeau.

Sources: Genealogy of Anne Murray (focusing on her father’s side) – http://www.heritageregistry.net

Genealogy of Anne Murray (focusing on her mother’s side) – http://ourmaritimeties.com