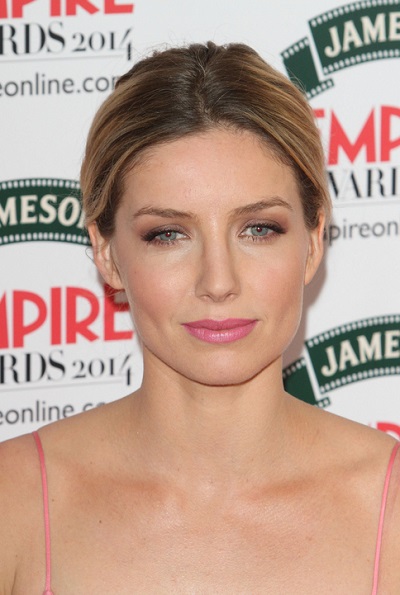 Wallis in 2014, photo by Prphotos.com

Annabelle Wallis is an English actress. She is known for her roles on the shows The Tudors and Peaky Blinders, and in the films Annabelle and Malignant, among others.

She is the maternal great-niece of Irish actor Richard Harris, who was born in Limerick, Ireland, to a Catholic family.

On her father’s side, she is a relative or descendant of English music hall singer, comedian, and musical theatre actress Marie Lloyd (born Matilda Alice Victoria Wood). She was the daughter of John Wood and Matilda Mary Caroline Archer.

Annabelle spent much of her childhood in Portugal, attending Saint Dominic’s International School. She speaks fluent English, Portuguese, French, and Spanish. Her brother, Francis Wallis, is a director, of fashion films, and commercials.