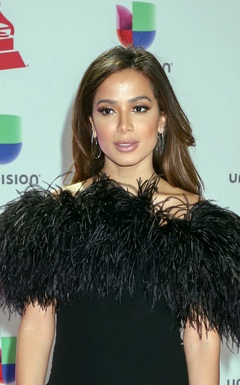 Anitta is a Brazilian singer, songwriter, television host, actress, and businessperson. She is the daughter of Miriam Tereza de Macedo and Mauro Machado.

A picture of Anitta’s father can be seen here.

My father and his family are black… and my mother is white. I just do not have time to go to the beach. When I go, you’ll see…