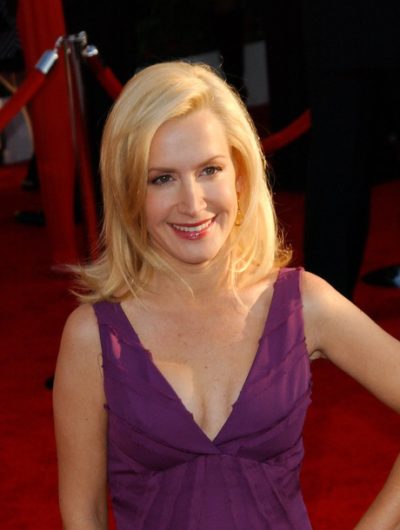 Angela Kinsey is an American actress.

Angela is married to Joshua Snyder. She has a daughter with her former husband, writer and producer Warren Lieberstein.