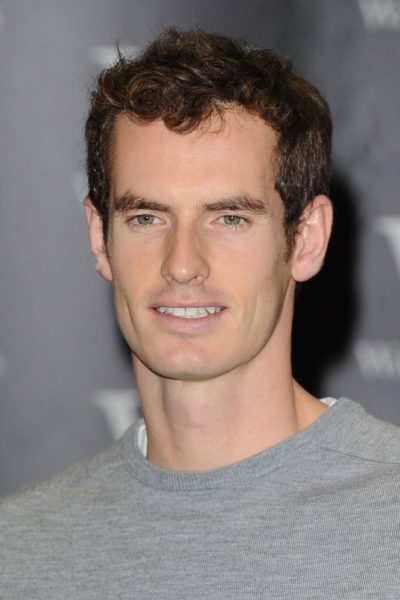 Murray in 2013, photo by Prphotos.com

Andy Murray is a Scottish professional tennis player. He was ranked world No. 1 by the Association of Tennis Professionals, for 41 weeks. He has won three Grand Slam singles titles.

Andy is the son of Judy Murray, a tennis coach, and William Murray. His brother, Jamie Murray, is also a professional tennis player. His maternal grandfather, Roy Erskine, was a footballer in the late 1950s. Andy is married to Kim Sears, with whom he has four children. Kim is the daughter of tennis player and coach Nigel Sears.

Andy’s paternal grandfather is Gordon Murray (the son of William Barron Murray and Ann Harwell Sinclair). Gordon is from Kilsyth. William was the son of Gordon Mill Murray and Agnes Jamieson Lamb. Ann was the daughter of James John Sinclair and Elizabeth J. Harwell.