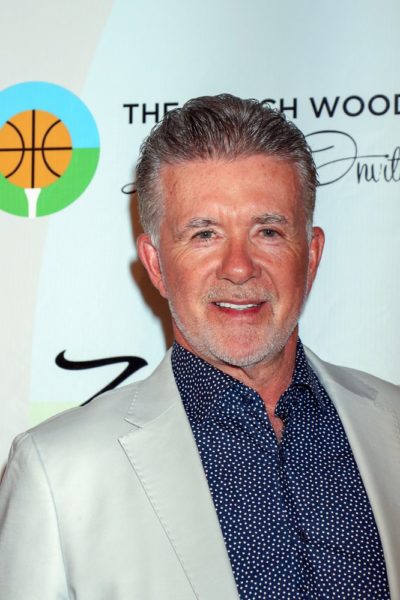 Thicke in 2016, photo by Prphotos.com

Alan Thicke was a Canadian actor, songwriter, and game show and television host. He was the host of the shows The Alan Thicke Show, from 1980 to 1983, and Thicke of the Night, from 1983 to 1984. He was also credited as Alan Willis Thicke.

Alan was the son of Shirley Isobel/Isabelle Marie “Joan” (Greer) and William Elgar “Bill” Jeffery. His surname, Thicke, was from his stepfather Brian Thicke. Alan was married to Bolivian-born actress Tanya Callau, until his death. He had three children, one with his former wife, model and beauty queen Gina Tolleson; and two with his former wife, singer and actress Gloria Loring, one of whom is singer Robin Thicke. His half-brother was writer and producer Todd Thicke.

Alan’s paternal grandfather was Stephen Elgar Jeffery (the son of James Jeffery and Alice Mary Prebble). Stephen was born in W. Luther, Wellington, Ontario. James was the son of Robert Jeffery and Mary Cruthers. Alice was the daughter of Stephen Prebble and Alice L. Harrison.

Alan’s maternal grandmother was Isadora/Isadore Sarah Brennan (the daughter of William Wilcox Brennan and Mable/Mabel Isabel Pottruff). Isadora was born in Charlton, Timiskaming District, Ontario. William was the son of Michael Brennan and Catherine Wilcox. Mable was the daughter of James Pottruff and Sarah Hoey.

Genealogy of Alan Thicke (focusing on his mother’s side) – https://www.geni.com