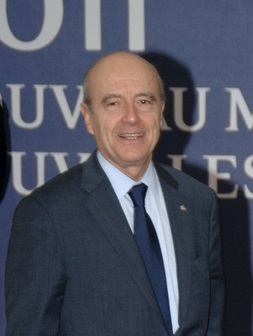 Alain’s father, Robert Charles Juppé, was a Gaullist member of the resistance at the end of World War II, and was from a family of railwaymen; he later became a farmer. Alain’s mother, Marie Élisabeth Jeanne Raymonde Darroze, was the devoutly Catholic daughter of a judge.

Alain is married to Isabelle Legrand-Bodin. He was previously married to Christine Leblond. He has three children.