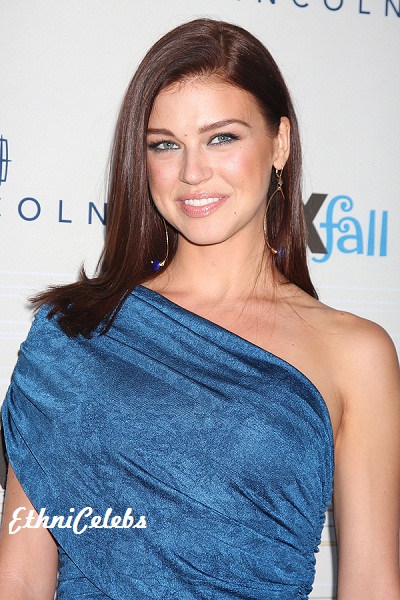 Palicki in 2010, image via kathclick/bigstock.com

Adrianne Palicki is an American actress and model. Her roles include the films Legion, Red Dawn (2012), G.I. Joe: Retaliation, and John Wick, and the shows Friday Night Lights, Agents of S.H.I.E.L.D., and The Orville.

Adrianne’s paternal grandfather was Arthur Jerome Palicki (the son of Robert C. Palicki and Anna R. Katafias). Arthur was born in Ohio. Arthur’s parents were also born in Ohio, and all of Arthur’s grandparents were Polish.

Adrianne’s maternal grandmother was Lola Mae Heck (the daughter of Edward Godfrey Michel Heck and Wilhelmina Louisa Johanna “Minnie” Zimmerman). Lola was born in Michigan. Lola was of German descent. Edward was the son of Christian Frederick “Christ” Heck, whose father was from Baden, and of Caroline/Carolina “Carrie” Meyer, whose parents were from Baden. Wilhelmina was the daughter of Albert Carl Christian Zimmerman and Fredericka/Frederike Augusta Christina Zingleman/Zingelman.