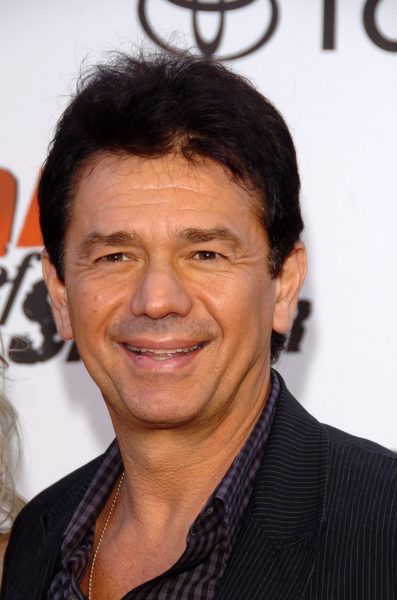 Zmed in 2006, photo by s_bukley/Bigstock.com

Adrian Zmed is an American actor, singer, and television personality. He is known for having starred in the films Grease 2, The Final Terror, and Bachelor Party, and the television series T.J. Hooker, among other roles.

Adrian is the son of Persida (née Golub; later Sadie Smith) and George Zmed (later George Zmed-Smith). His father was a Romanian Orthodox archpriest, who was born in Illinois, to parents from Comlosu Mare, Timisoara, Romania, and who later lived there again. His mother was from Cerneteaz, Romania.

Adrian is married to Lyssa Lynne Baker. He has two children, rock musicians Zachary and Dylan of rock band The Janks and the Bird Dogs, with his former wife Barbara Fitzner.